Written by the author Davide Boario:

"The first time I met G. de Chirico's painting was as a boy in Paris with my mother; in particular, the exhibition was dedicated to the so-called period of silver. Those paintings had impressed me because, while faithfully representing objects in silver, almost as if it were a trompe l'oeil, a different dimension from the purely figurative one was clearly perceived: the silver mirrors objects arranged on the table including fruit and more and in mirroring them something magical, mysterious happened, because they seemed alive, arranged in a timeless dimension and the silverware itself seemed to dialogue with each other like living beings. This great mystery had fascinated me. After so many years, I thought of writing a suite of four pieces dedicated to some paintings by Giorgio de Chirico; only the first " Magic Waltz "was inspired by a painting by Neri Ceccarelli, an accredited painter from Turin. The link between my musical language and the I believe that metaphysics lies mainly in the use of melodic formulas and musical scales inserted in particular contexts and geometries, aimed at creating a sense of mystery alluding to another dimension that it would seem correct to define as "metaphysic

LISTEN TO THE COMPLETE SONG

On request it is possible to receive, exclusively, via email the complete score to evaluate the purchase. 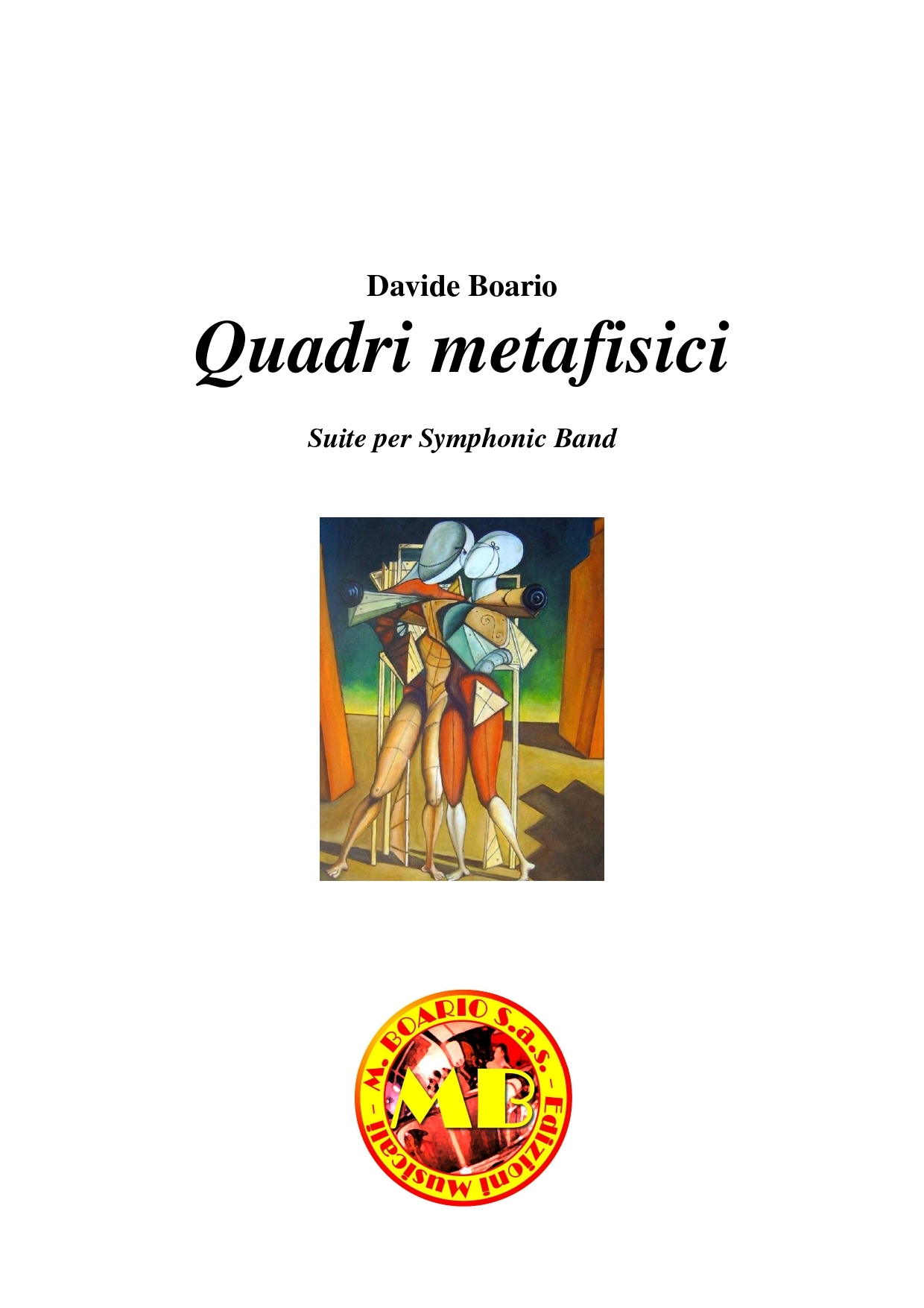 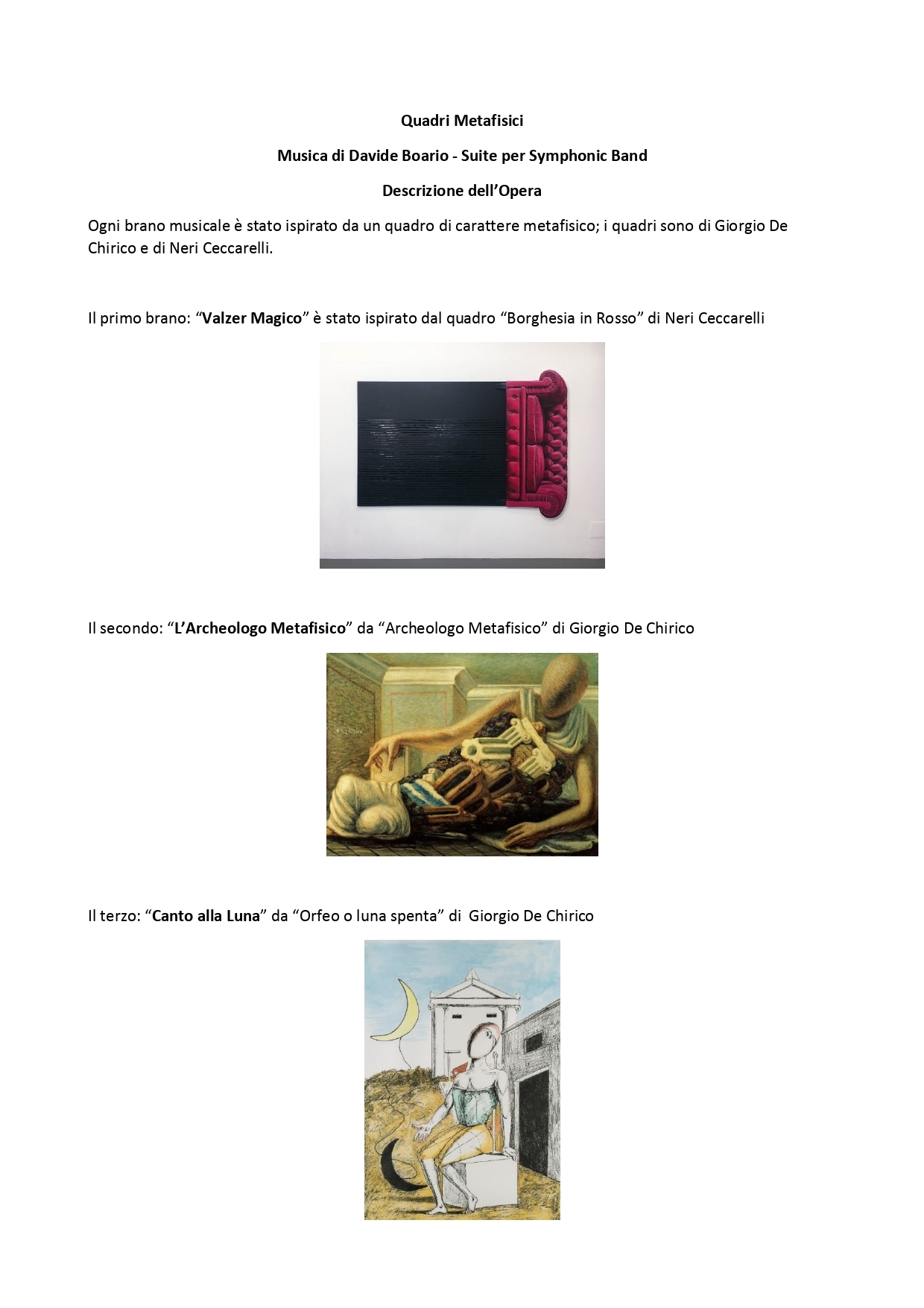 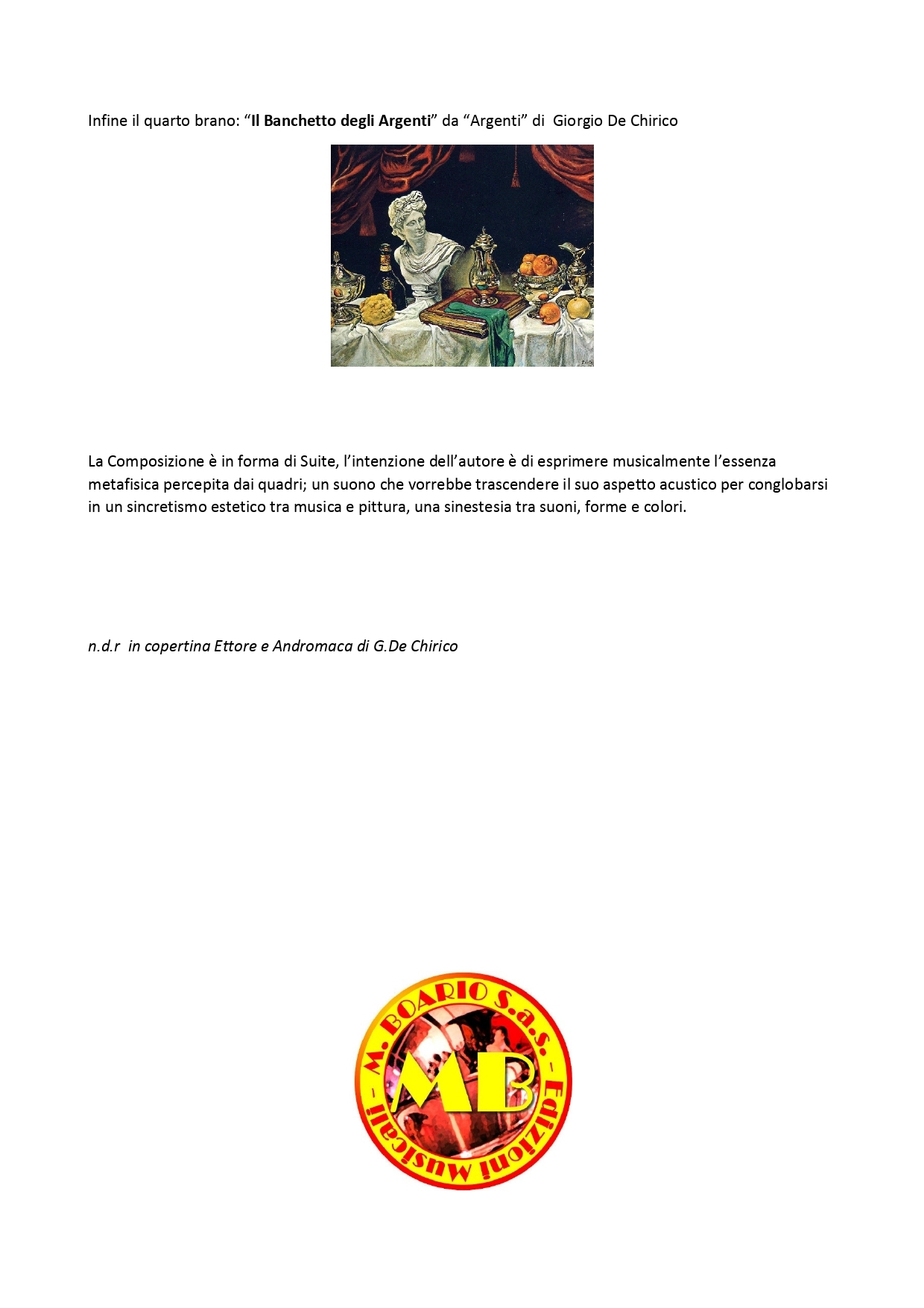 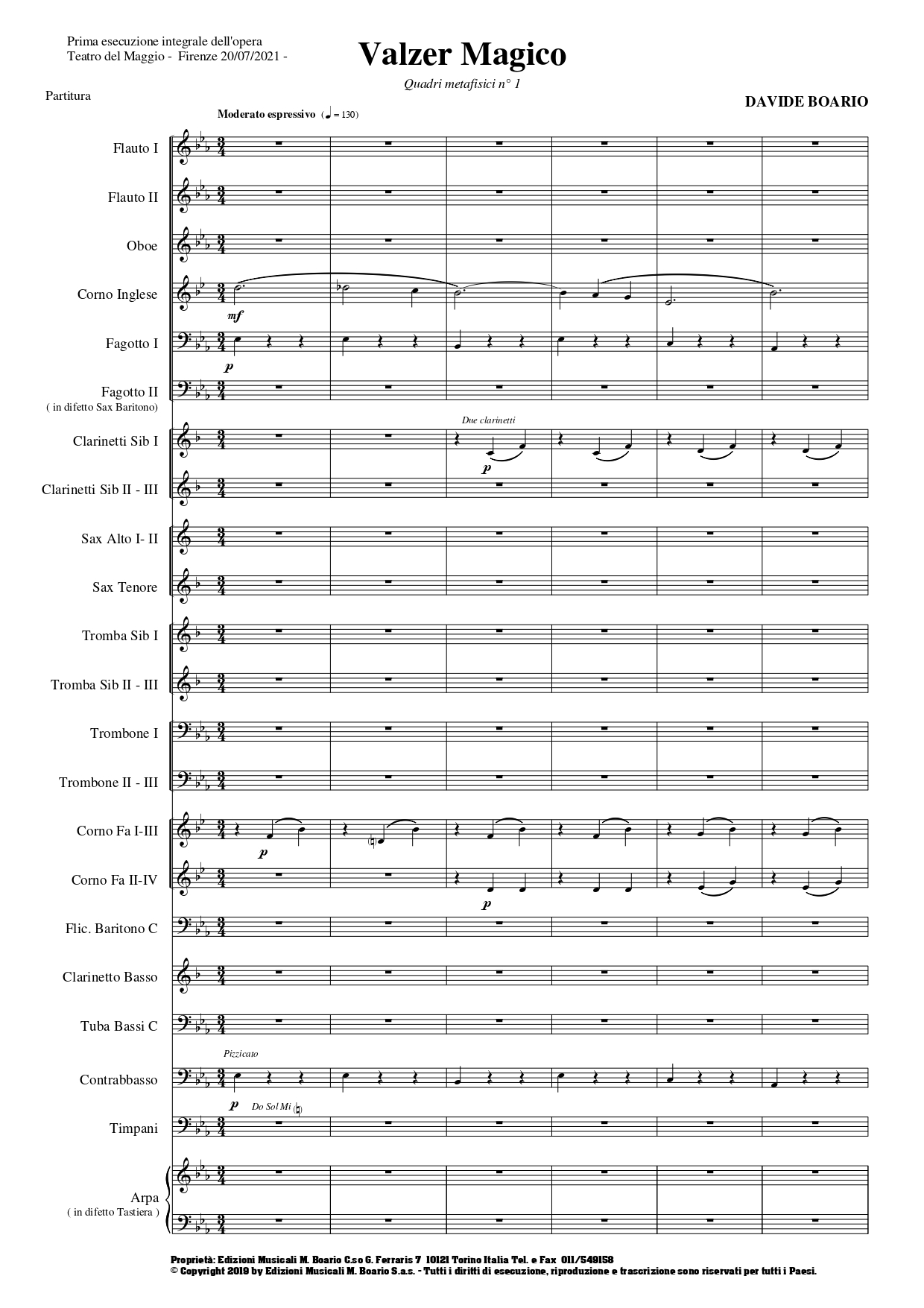 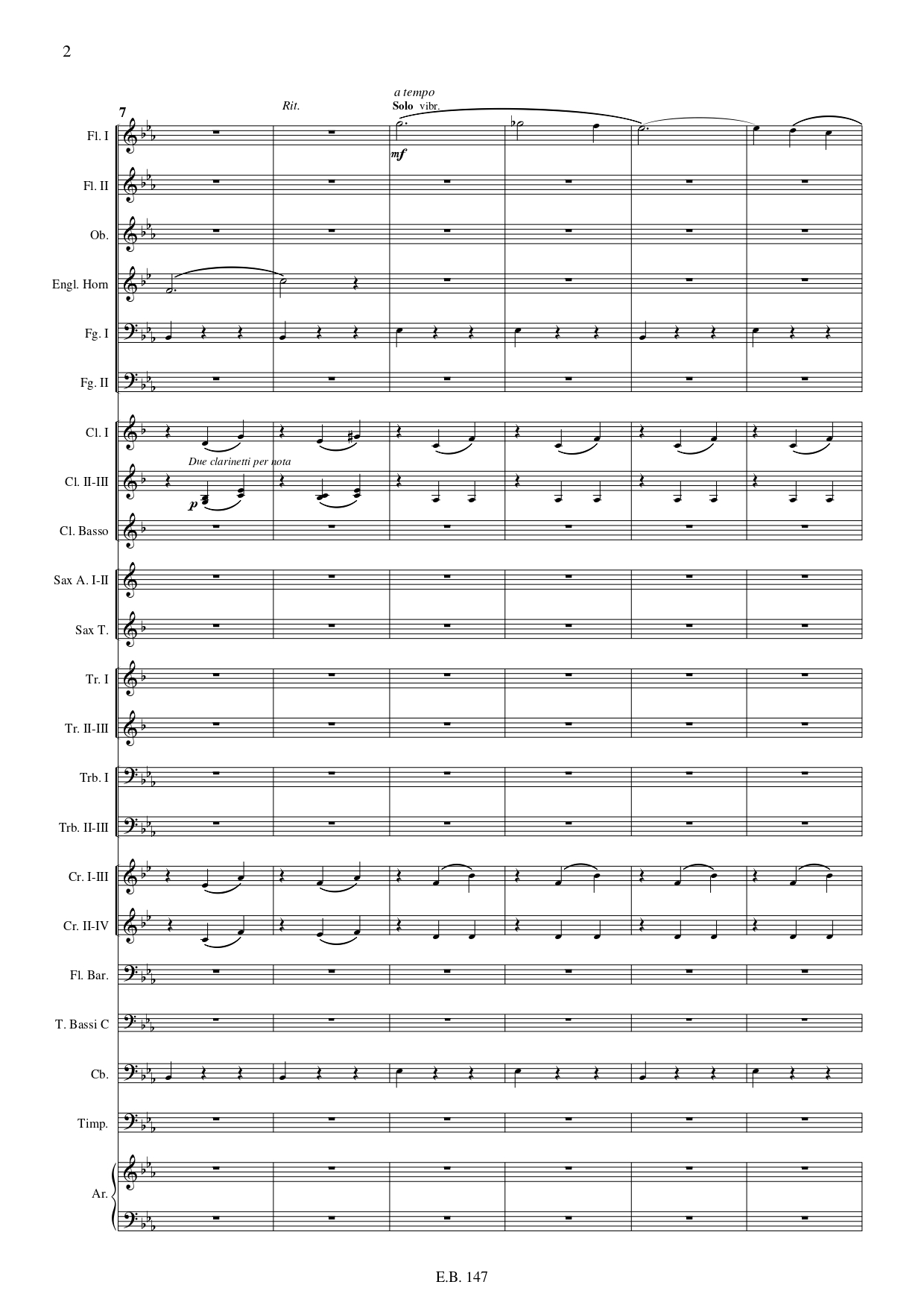 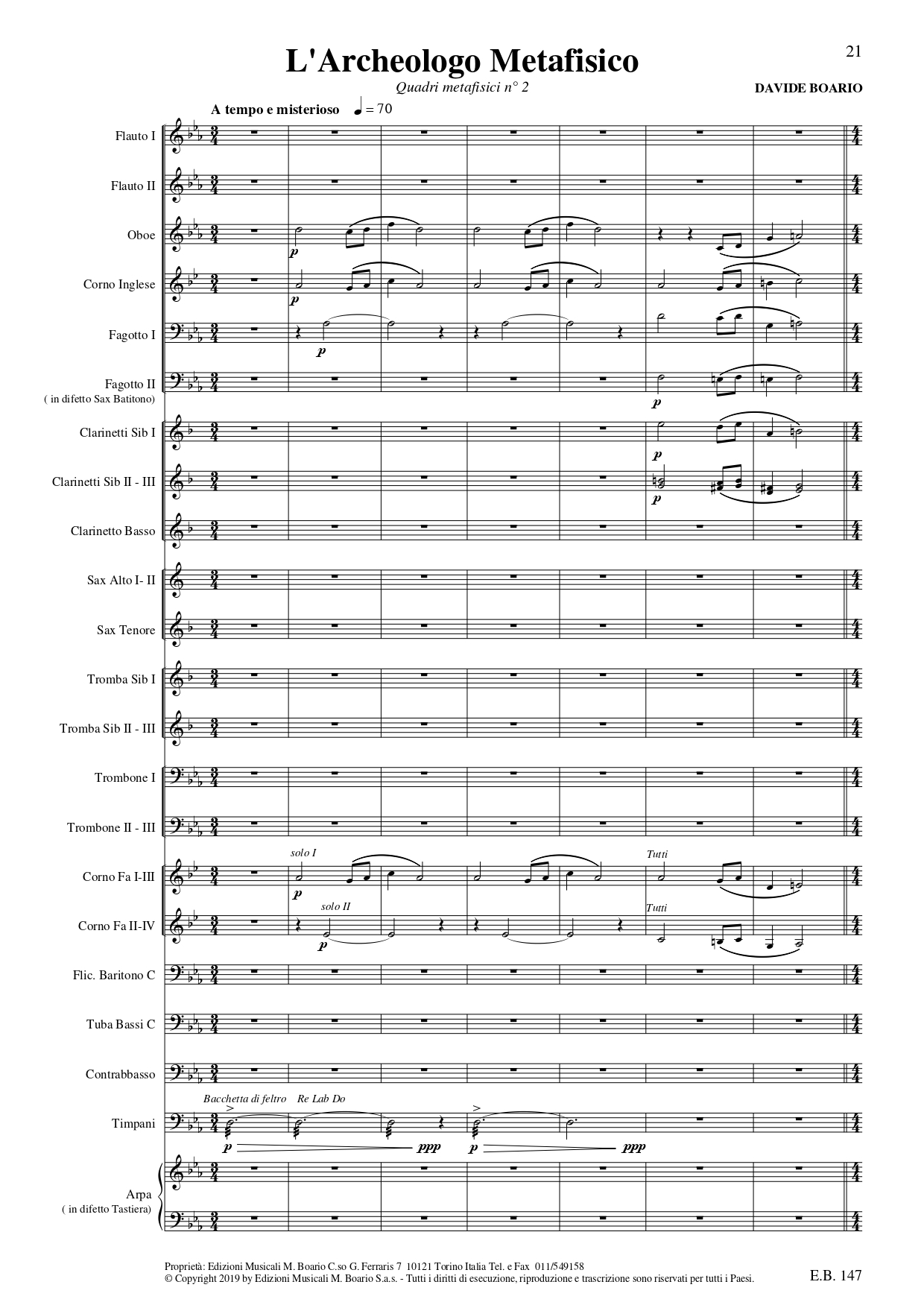 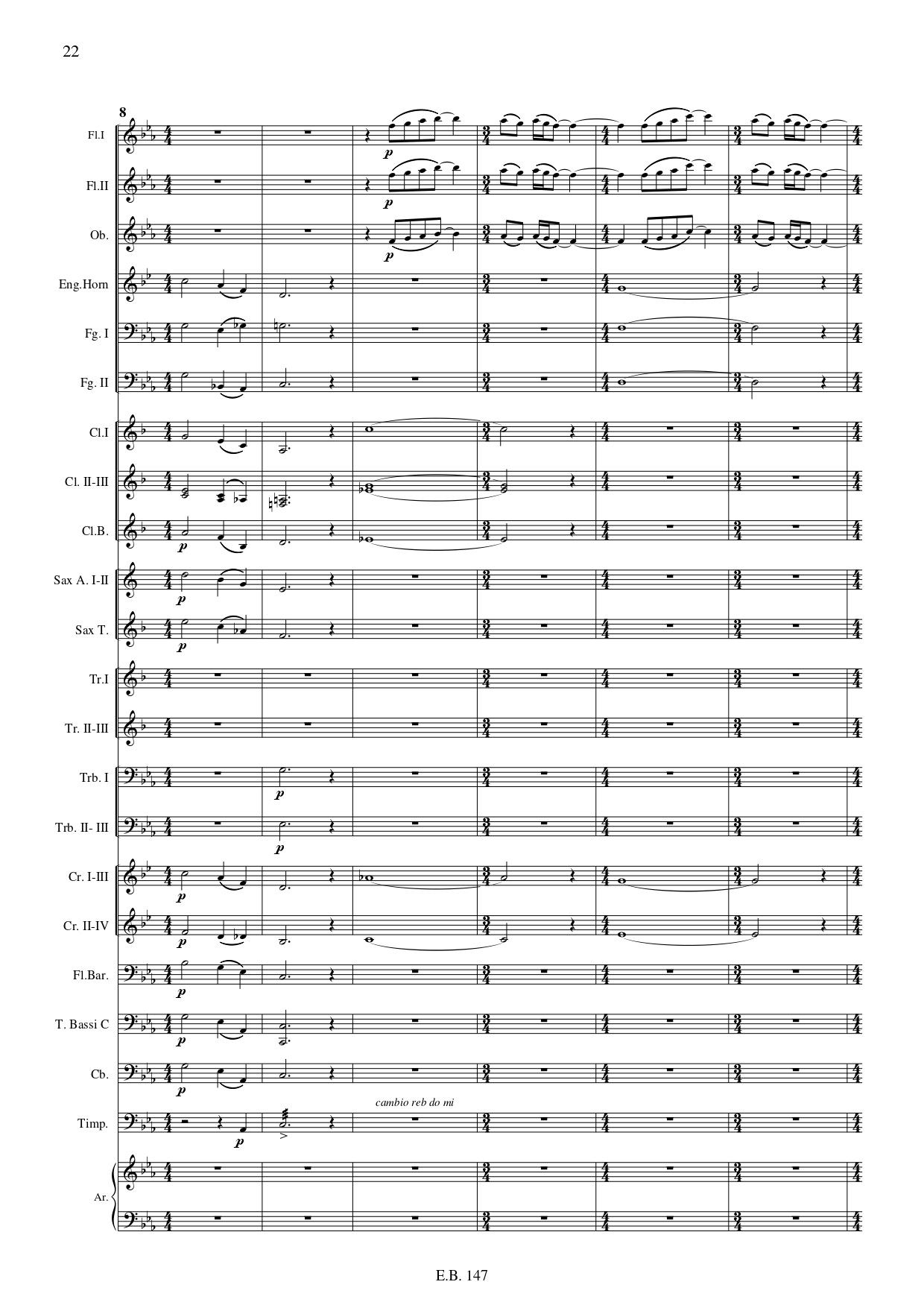 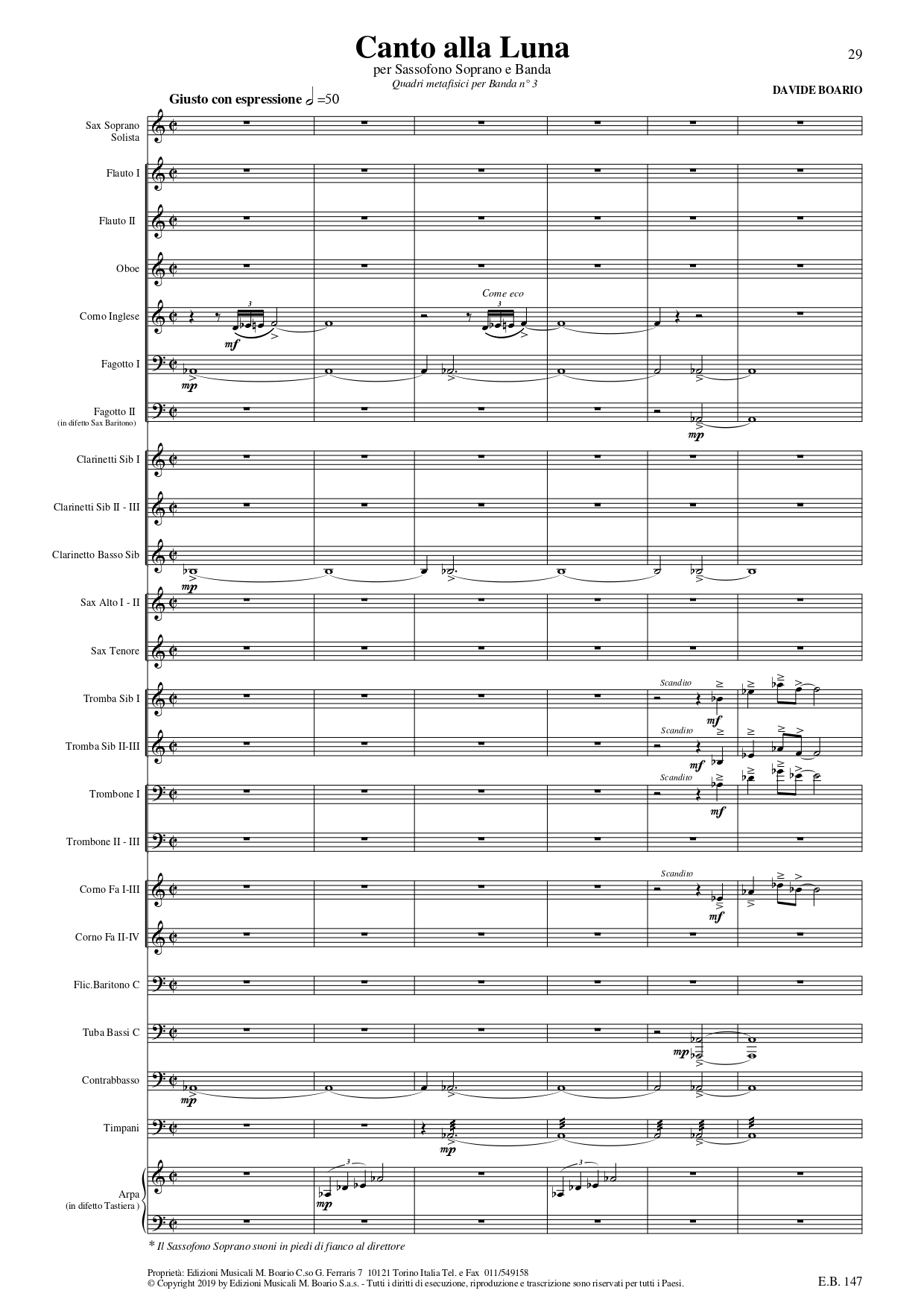 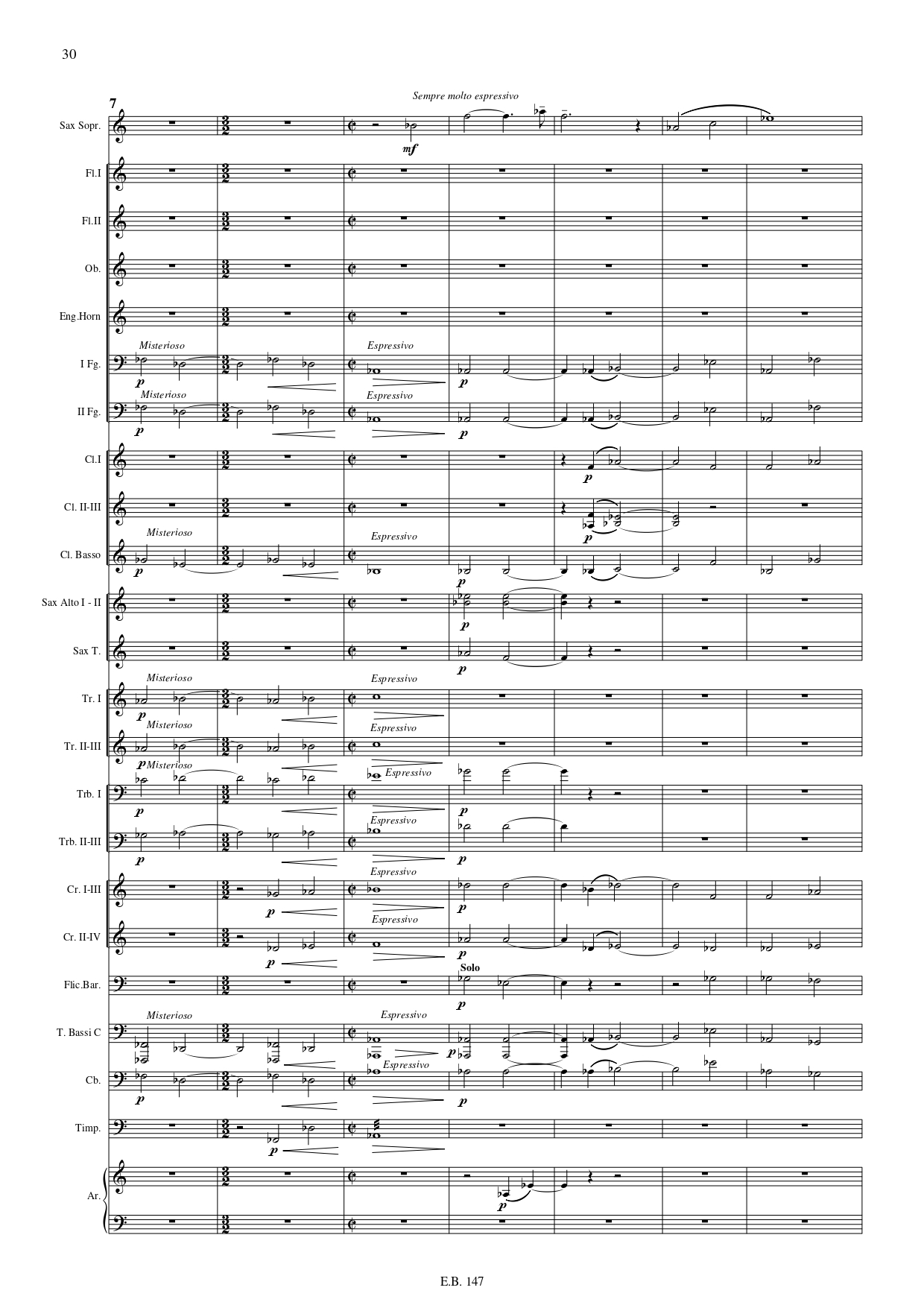 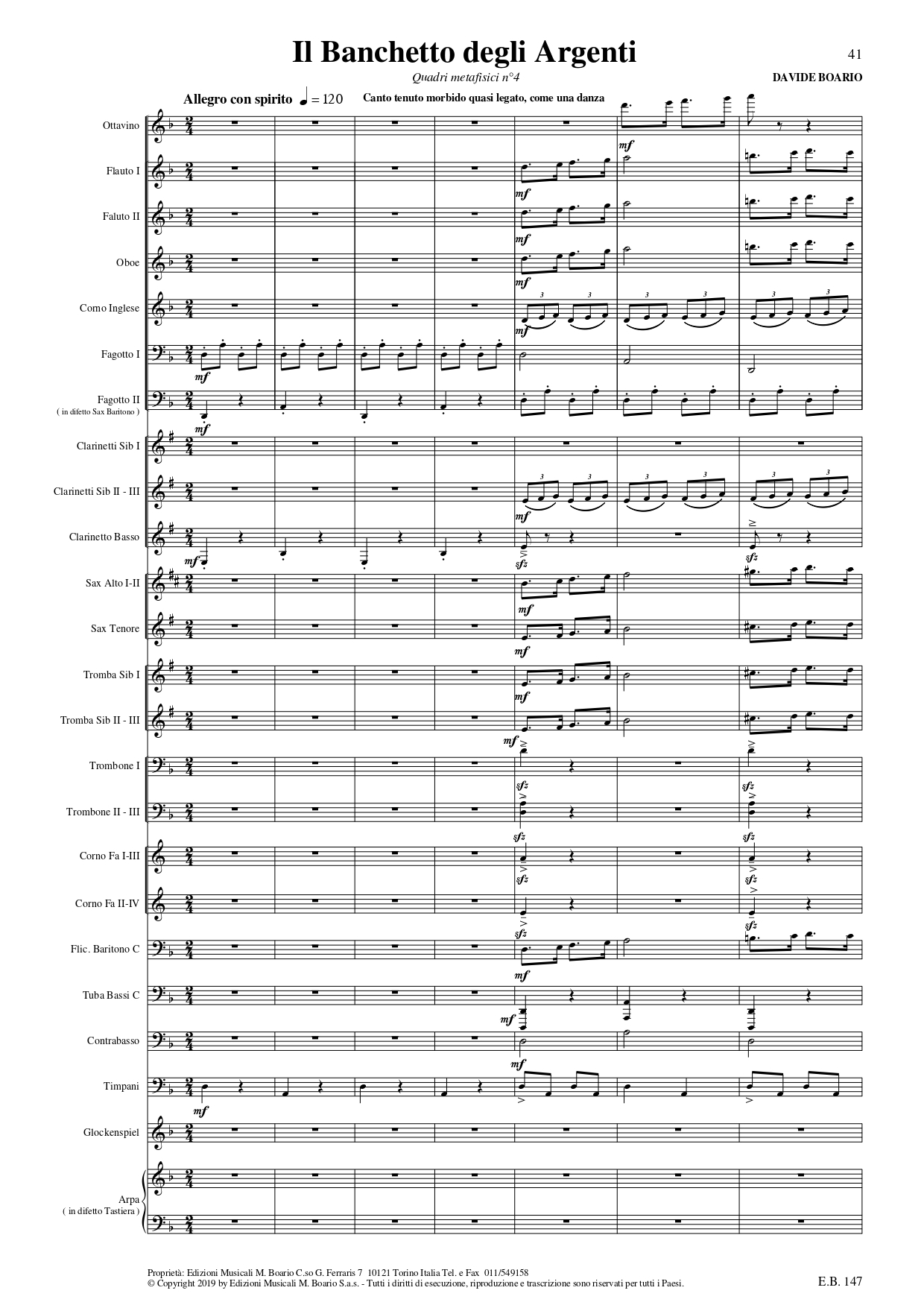 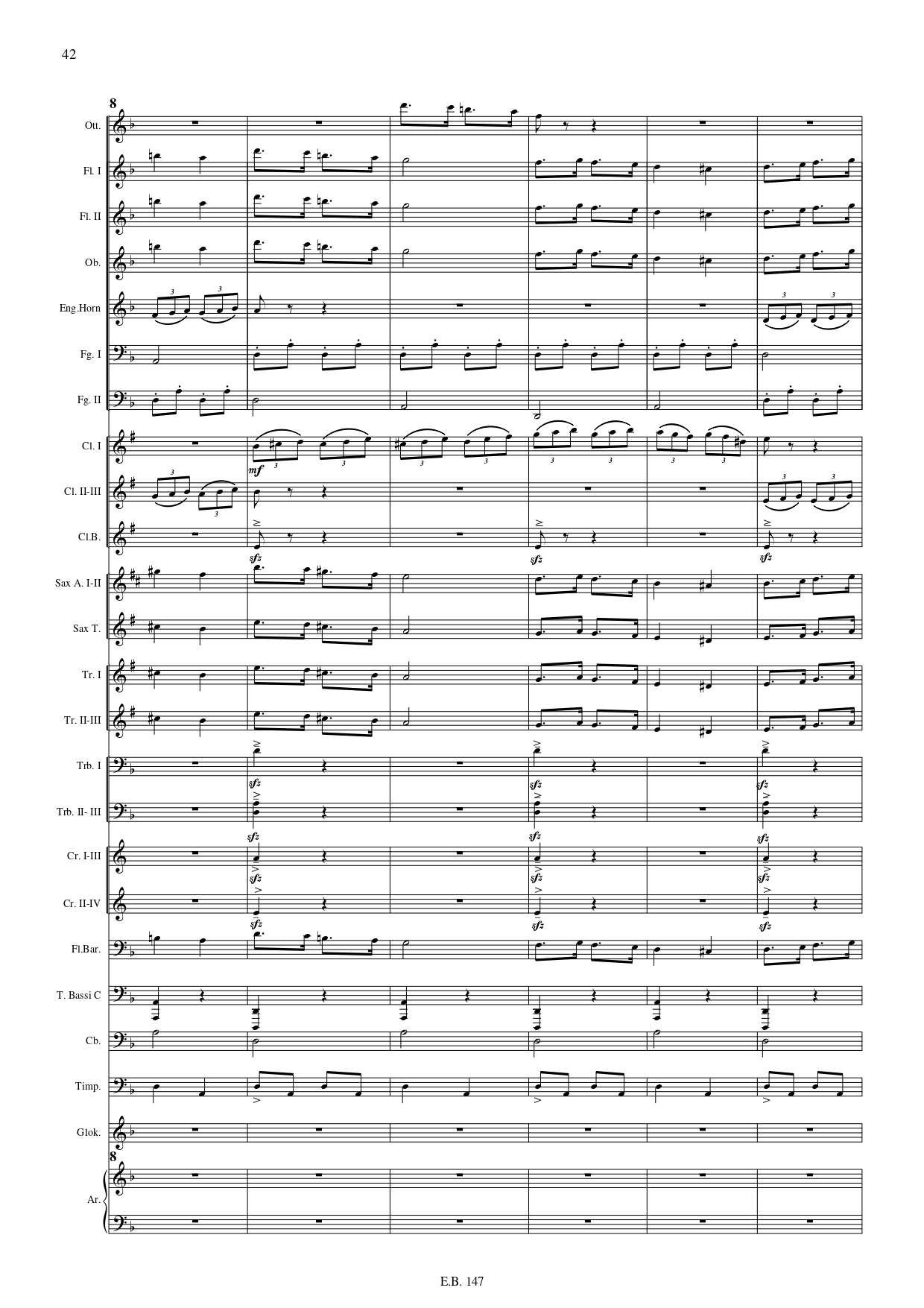