The title of the song, Auld Lang Syne, (known in Italy as "The Waltz of the Candles") is a Scottish expression meaning "The good old days"

In 1782 Robert Burns Scottish poet, published Select Collection of Original Scottish Airs, a book that collected a hundred Scottish ballads he transcribed and reworked. Among these was Auld Lang Syne readapted in the form of a waltz. The original melody of the song would instead be the work of the Piedmontese composer Davide Rizzio.

In Scotland it is a traditional song during the New Year. Together with the Scottish emigrants it spread throughout Britain and the United States of America.

Maestro Giampaolo Lazzeri, on this theme, has created a suggestive arrangement for band, with the particularity of using Bagpipe. 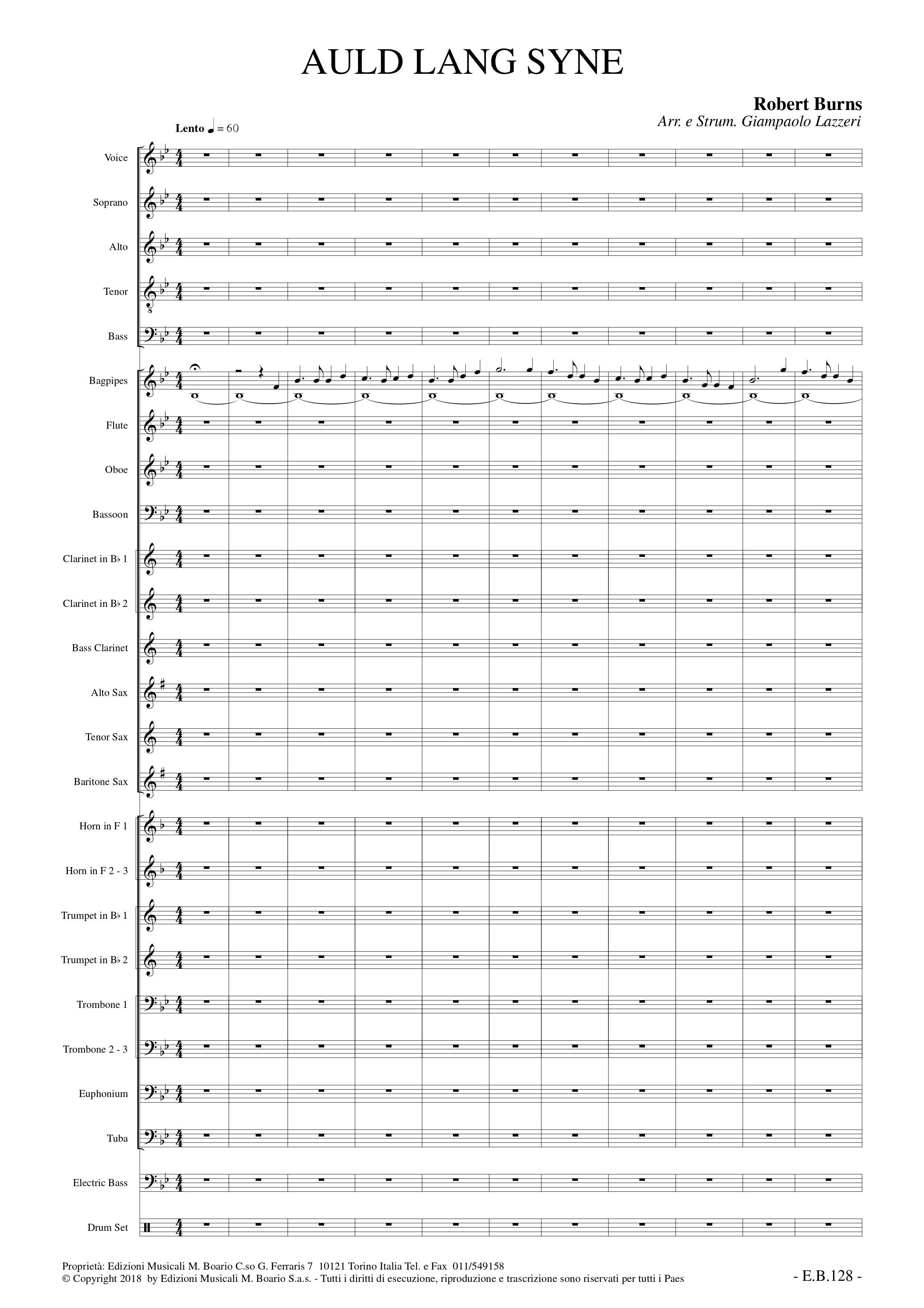