The Phantasmagoric March is a composition of 2020, in which, for the

first time, I confronted myself with an instrumentation which is precisely that of

The title of the composition hides the very character of the piece: the element

"Phantasmagoric", which in its meaning refers to a rapid succession

of images, sounds, colors, objects and actions that strongly affect the senses e

fantasy, is represented in music by a continuous succession and

contrasting episodes with a sometimes ironic and grotesque character, sometimes by

more peremptory and threatening traits, at other times still pervaded by a sense of

The martial rhythm, a germinating element that runs through the entire composition since

from its inception, it gradually transforms without ever stopping,

dragging the listener through musical images from time to time

different, but generated by a common initial thematic element. 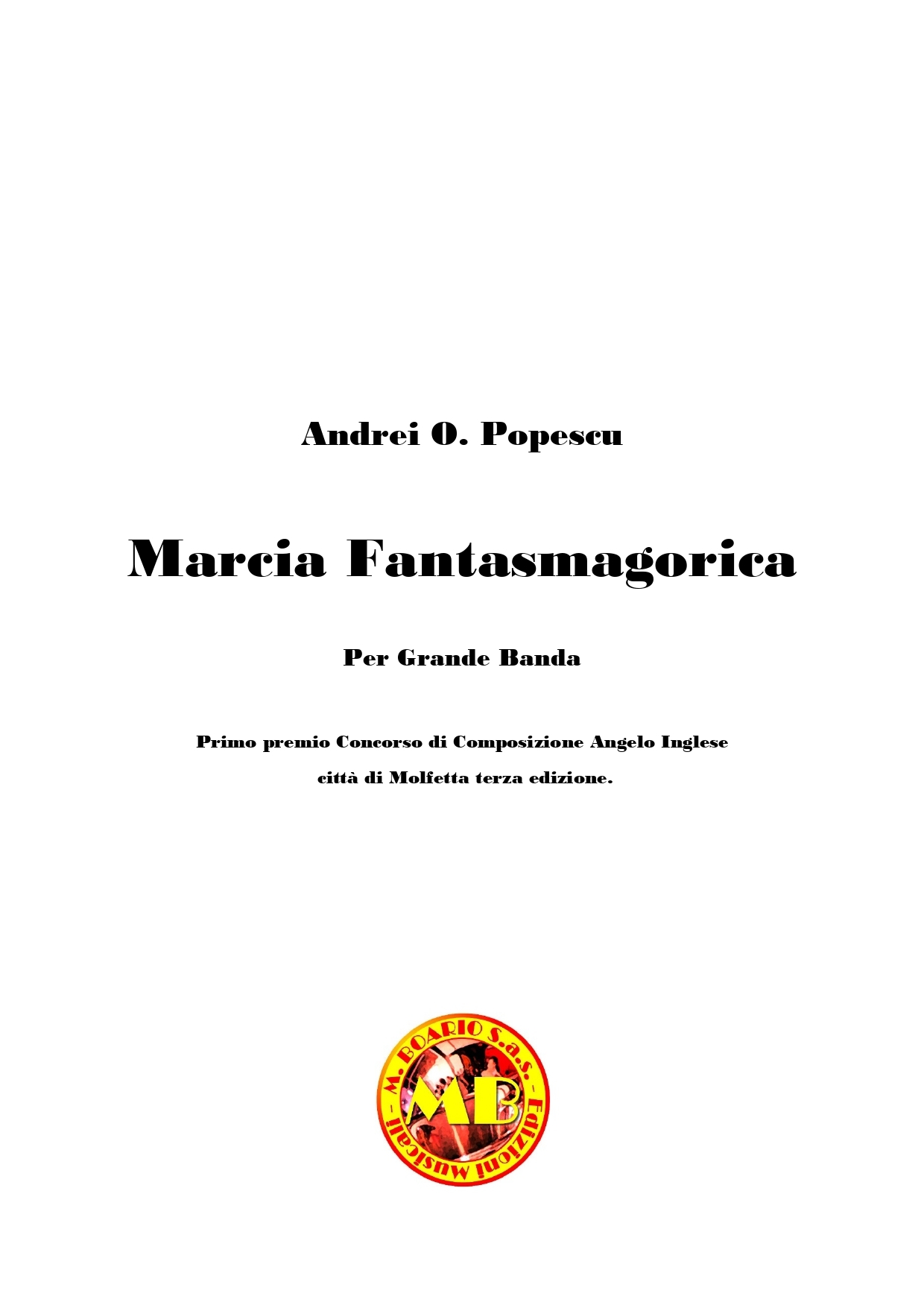 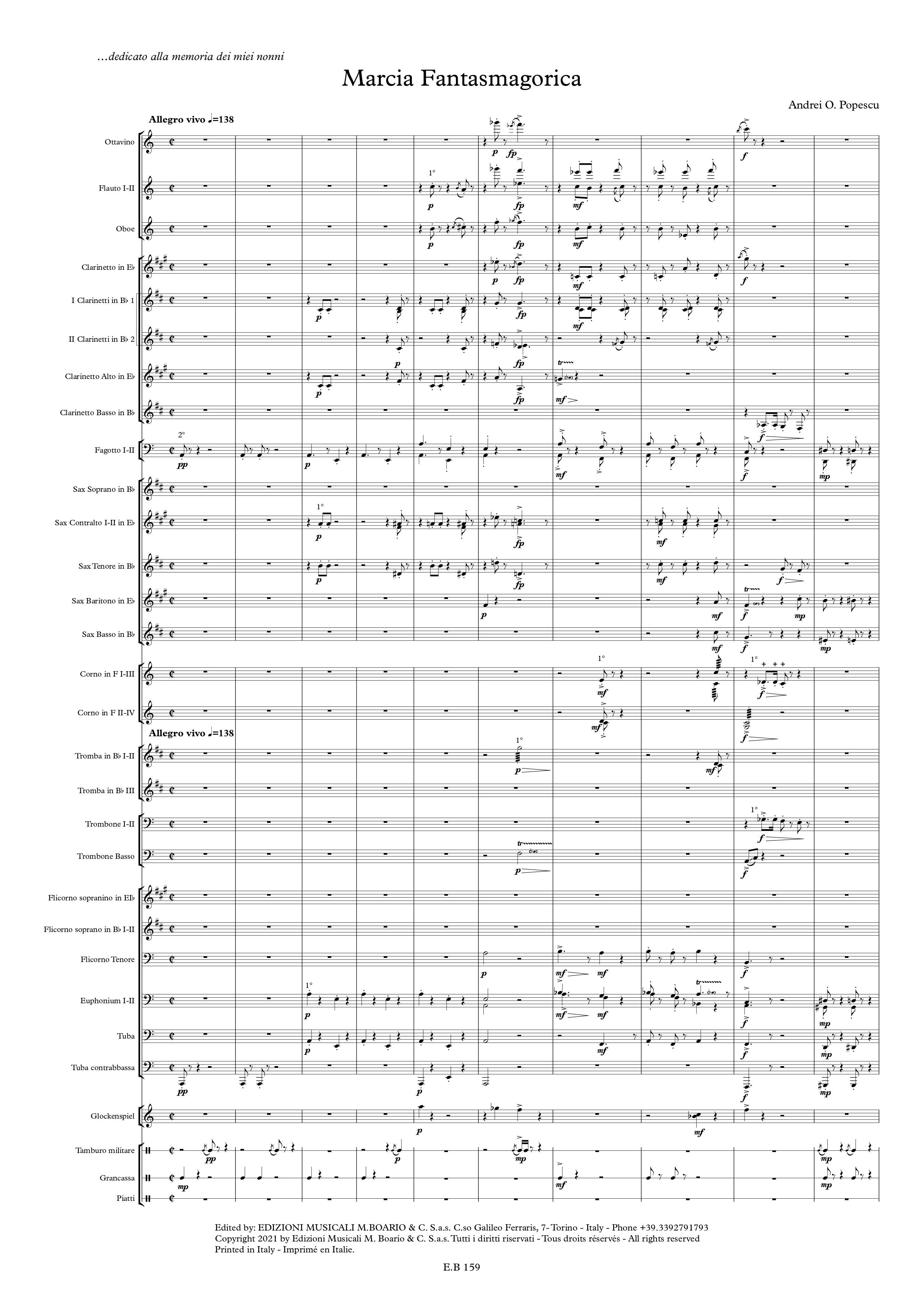 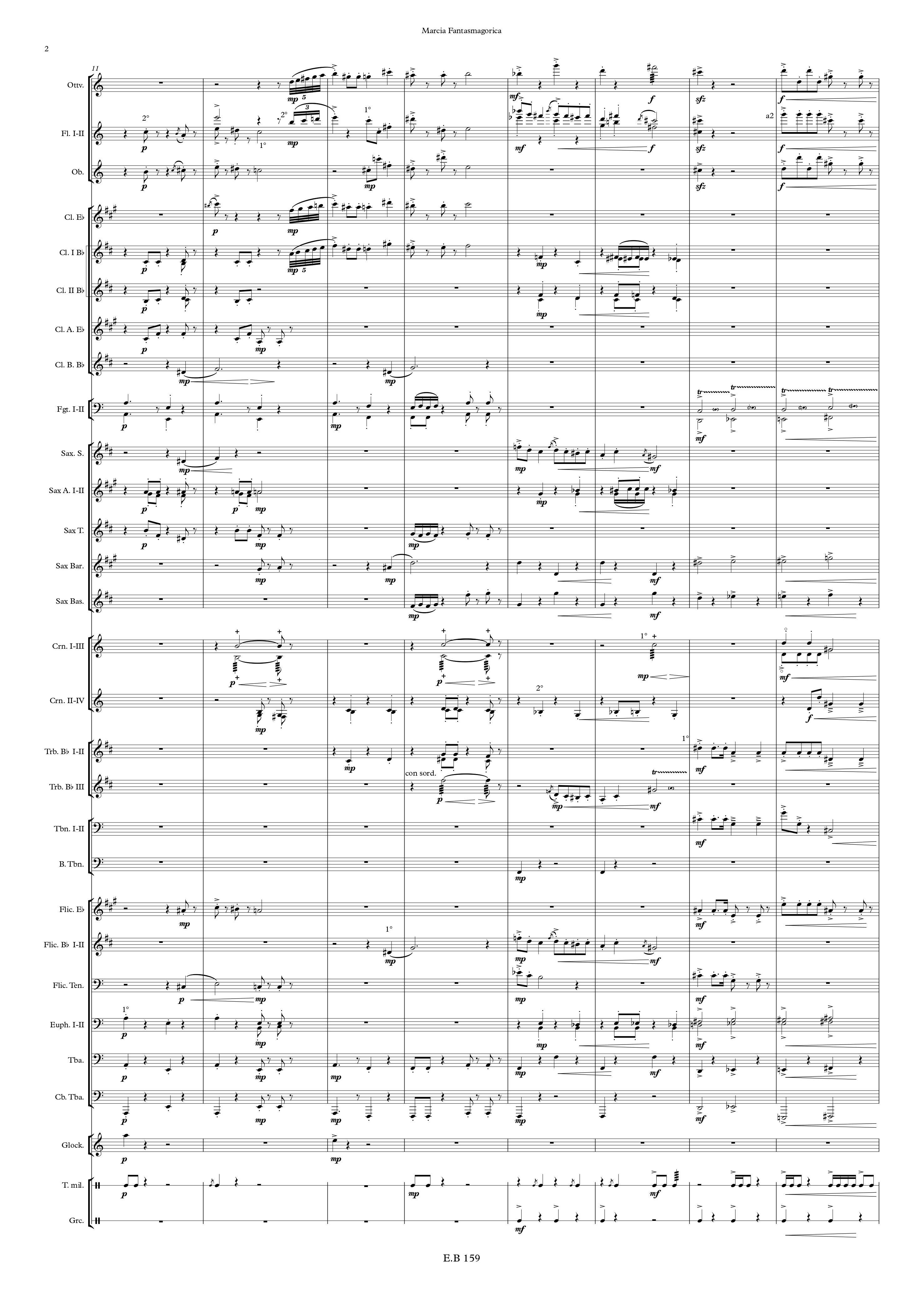 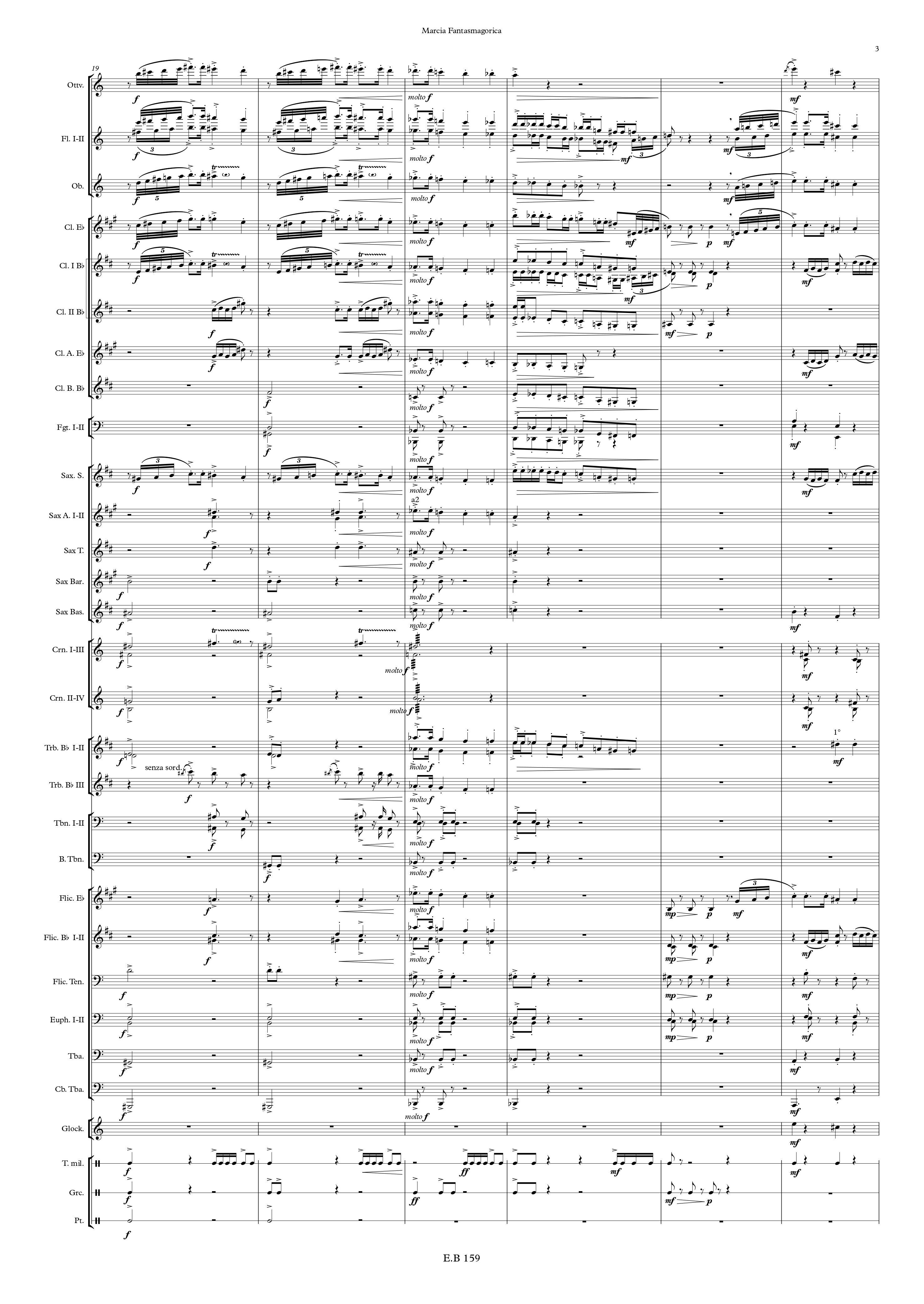