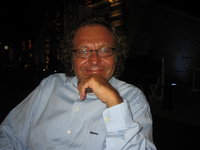 Curriculum vitae
Davide Boario, Composer and Music Publisher.
As a publisher, in 1995 he relaunches the M. Boario Publishing House founded in 1923 by his grandfather Massimo, considered one of the major composers of band music, today among the main and best-known publishing houses in Italy of band music, awarded in 1997 with the gold medal by the President of SIAE and in 2007 the "Award for loyalty to work and economic progress" conferred by the President of the Turin Chamber of Commerce. First publishing house in Italy since the war to hold a competition for the composition of a march for a band in 2006, dedicated to the founder "Massimo Boario"; the only competition of its kind to have the SIAE award. The Publishing House collaborates with the major composers and transcribers in Italy of band music and with prestigious orchestras such as the Fanfare of the Brigata Alpina Taurinense with which it has recorded two important CDs; "Legend" also distributed by the newspaper "La Stampa" with the title "Fieri Alpini" and "Volo d'Aquila", created in commemoration of the 150th anniversary of the Unification of Italy, with the artistic participation of Ricky Tognazzi and Cecilia Gasdia, the CD received the official appreciation of the President of the Republic Giorgio Napolitano as evidence of the musical and artistic activity carried out by the Fanfara.
He graduated with full marks in Disciplines of Art, Music and Entertainment at the Dams in Bologna with a thesis in Semiology of Music.
He is mentioned as a composer of band music in the latest edition of the "Anesa Dictionary" of Italian music for bands and wind groups, Abbm editions.
It is present in the text by Giacomo Lazzeri "The Composers for Band - The Italian Portrait" Musical Editions Eufonia.
Some of his compositions for band have been analyzed by Stefano Ragni in the text dedicated to percussion: "The Battery" Edizioni "Masso delle Fate" in collaboration with "Anbima".
His compositions are also performed abroad, in particular in France, Yugoslavia, Switzerland and the United States.
In October 2011 he was invited to Toulon (France) to receive a prize assigned to him by the "H. Berliotz" Wind Orchestra after having performed his Opera "1861 The Sons of Liberty", within a concert dedicated to Italian music.

His compositions dedicated to the Saxophone are present in the online encyclopedia of the Italian Saxophone, about his composition "Canto alla Luna";  "delicate, communicative, it seems to evoke the landscape of a countryside illuminated by the moonlight." Marco Ciccone

In 2016 he was awarded by the Councilor for culture of Castellamonte (To), in the context of a band event dedicated to Piedmontese composers.
He is present as a composer in various prestigious events such as the "Bacchetta d'Oro" of Fiuggi from 2007 to 2015 and in the two historical editions of the MITO International Review 2011 (commemoration of the 150th anniversary of the Unification of Italy) - in 2014 (commemoration of the Great War) and in the Concert Review of the Maggio Fiorentino 2021

The composition "Rinascita" for Symphonic Band with Harp and Flute concertanti, performed in Lucca, September 2020, by the Luporini Philharmonic directed by Giampaolo Lazzeri, gets this review published in the Gazzetta di Lucca: "A flute and a concertante harp, those of Rossana Pansani and Francesca Nardi who underlined the most magical moments of Davide Boario's score which opened like a precious casket, up to the final chord, the few notes crumbled by the stringed instrument, arcane suspension in the world of beautiful things."

The composition "Quadri Metafisici" for wind orchestra was performed at the Teatro del Maggio (Teatro dell’Opera di Firenze) in the famous international concert music festival of the Maggio Fiorentino by the G. Rossini Philharmonic directed by Giampaolo Lazzeri. Achieving success with audiences and critics ... ... Metaphysical Paintings, four episodes inspired by the painting of De Chirico, as the author D. Boario tells us, acutely introspective and precious, as in the painting "Canto alla Luna" where the sax soprano shines with its own light.
Florence Philharmonic "Gioachino Rossini": Tuesday 20 July 2021, 9 pm, in the Cavea del Maggio% - Teatro del Maggio Musicale Fiorentino (Maggiofiorentino.com)
In December 2019, his hymn "Solemnity" was inaugurated at the Lingotto, Auditorium "Giovanni Agnelli", by the Wind Orchestra of the Fire Brigade, receiving a long applause from over 1500 people present
The composition "Oltre l'Apocalisse" was performed by the Fanfare of the Taurinense Alpine Brigade directed by Marco Calandri within the MITO International Concert Review on the occasion of the celebrations for the 100th anniversary of the Great War both in Milan and Turin "Piccolo Regio" (September 2014)
The composition: "1861 The Sons of Liberty" (interpreted in the narrative part by Ricky Tognazzi), was performed by the Fanfare of the Alpine Taurinense Brigade, directed by Marco Calandri, within the famous international concert review MITO on the occasion of the celebrations for the 150 years of the unification of Italy both in Milan, Palazzo Reale, and in Turin, Reggia di Venaria (2011); also the only composition chosen by the bands in the prestigious National Competition for the "150th Anniversary of the Unification of Italy". September 2011
He is the co-author of the song "Eagle Feathers" included in the CD "Volo d’Aquila" sung by the internationally renowned soprano Cecilia Gasdia.
The "Allegra" band march was the only ensemble march chosen for the band gathering in Turin in Piazza Castello organized by the Anbima Nazionale in commemoration of the Great War. Over 700 musicians, 18 bands,with the presence of the Fanfare of the Taurinense Alpine Brigade.
Turin 12/07/2015

On November 19, 2022 At the San Giuseppe Theater in Turin, the ballet "L'Era dell'Acquario" was staged in the world premiere, of which Davide Boario wrote the music and the story, enjoying great success. It is also the first ballet performed in Europe where the music was originally written for Banda Sinfonica. The music was performed live by the Symphonic Band of the Taurinense Alpine Brigade See article in the newspaper La Repubblica and in the newspaper La Stampa.

Student of Maestro Mario Nascimbene (considered by critics one of the greatest Italian composers of film music) Rome 1990, he creates original music for Cinema, Theater and Television, obtaining important awards, including; Nomination for music at the 15th Edition of "Cartoons on the Bay" for the animated series "Mystery After Mystery" "To give cohesion to episodes that synthesize with frequent space-time jumps events that occurred in different eras and places, even over the of hundreds of years and in different continents, the effective soundtrack of Davide Boario thinks about it with refinement and lightness "(M. Ossani, www.IlSole24Ore.com, 5.2.2010). the soundtrack of the film "Cous Cous" (Frankie's theme) with Philippe Leroy, Toni Bertorelli,  directed by Umberto Spinazzola 1996. He composes the original music for the play "Salgari Corso Casale 205" represented in the international review of Porto Venere and for the documentary "Caro Antonioni" Direction by Gianni Massironi,1995 with Alain Cuny , Monica Vitti, Sam Schepard, broadcast by Rai Uno in prime time on the occasion of the Oscar for Lifetime Achievement to Michelangelo Antonioni.

In 2022, his video-musical work "Fili di Luce", together with the handwritten music on fabric, is permanently exhibited at the International Museum "RESTART!" of Chieri (To).

It is mentioned in the official biography of the internationally renowned painter-sculptor Ezio Gribaudo in relation to the scenographic contribution of the artist relating to the ballet "The Age of Aquarius", of which Davide Boario composed the music and wrote the history, previously mentioned.

With reference to his piano works:

Davide Boario, an Ariosto imaginative
I am indebted to Davide Boario for not a few pieces for piano also intended for the performances that I make during my lessons at the University for Foreigners of Perugia. Some of these songs have ended up on the net, due to the streaming appointments that the international university of Perugia dedicates to the audience of connected students from all over the world ....... Davide's writing I consider congenial to my expectations. It is limpid and springy, hides its complexities under a veil of cordiality, shows the greed of a Savinio writer of "mathematical" music, and has some bristly harshness that belonged to a Giannotto Bastianelli. It is no coincidence that heterodox musicians, imbued with literary moods typical of that magical realism that belonged to Bontempelli, wavering between novel and sound reality.

Stringy music, with an enveloping stickiness, involving in the piano gesture, whimsical in its unpredictability.